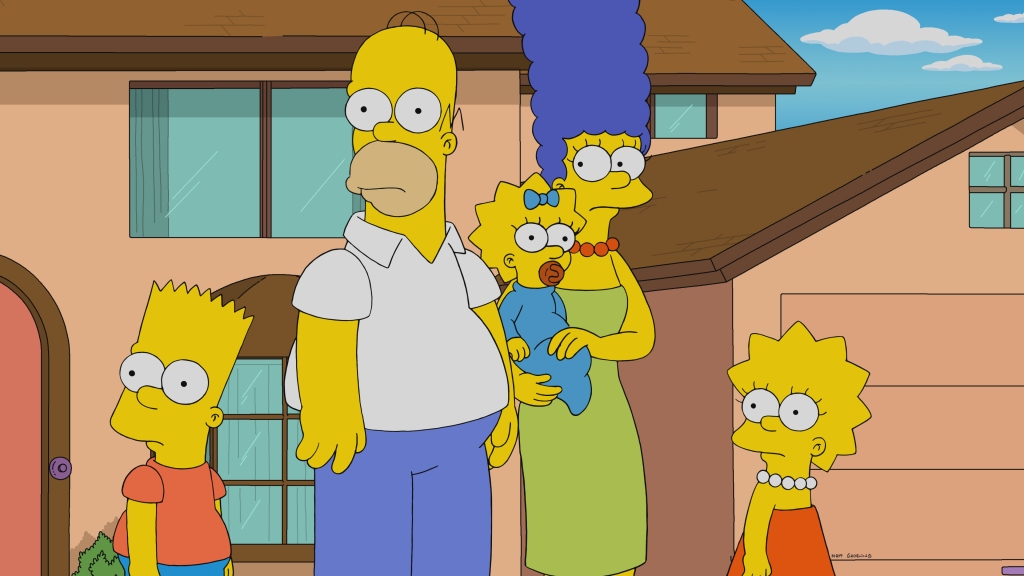 ‘The Simpsons’ to Parody ‘It’, ‘Ellen’, and Anime Series ‘Death Note’

Krusty the Clown as Pennywise, Stephen King’s evil character in “It,” has become a popular tattoo image. Now it will be part of “The Simpsons” canon. One of two episodes of “Treehouse of Horror” this fall will be a full-length parody of “It,” executive producer of “The Simpsons” Matt Selman revealed Saturday at Comic-Con in San Diego.

As previously reported, “The Simpsons” will air a double dose of “Treehouse of Horror” episodes this upcoming 34th season. This is the first time in the history of the series that there are two episodes of the “Treehouse” brand in a single Halloween. The first episode will take the traditional form of three different vignettes, but the “It” parody will be the first time a “Treehouse” has focused on a single story for its entire half hour.

“We’ve never done a single fantasy, gory, scary, dark story told in the 20 minutes and 40 seconds that make up an episode,” Selman said. Variety. “I think the fans are going to be really excited. Certainly tattoos already exist from Krusty to Pennywise. So we are just writing towards tattoos now. You want as many tattoo-worthy moments in your episodes as possible.

As for the regular three-story “Treehouse of Horror,” one of the segments this year will be a riff on the popular “Death Note” anime series. An entirely different studio is handling the animation, as “The Simpsons” becomes a full anime, which Selman called “the incredibly authentic ‘Simpsons’ anime. So I really think people were going to freak out about that. We don’t We’re not trying to tackle every single anime, it’s an incredibly rich and diverse genre in itself. We’re not trying to do 20 shows and pick it all up in six minutes. It’s just a beloved thing, this “Death Note” show.

Selman said the other segments are secret, but he hints that in “one of them, we’re breaking one of the rules that we’ve never broken before. I will say that is a rule that we have never broken. I’m 100% sure we never broke it. (“Treehouse of Horror” from last year parodied “Parasite,” “The Ring,” TikTok, and “Bambi.”)

“Gravity Falls” creator Alex Hirsch, a super fan of The Simpsons, has been selected to moderate this year’s Comic-Con panel. “I’m thrilled with his drive,” Selman said days before the panel.

As for the fall 2022 “The Simpsons” guests, Selman focused on one: Melissa McCarthy, who plays Homer’s rival for grandpa love in a somewhat “Step Brothers” storyline.

“We’re big fans of her and she’s a big meaty and juicy part,” Selman said. “And she’s really funny. To get a big comedic movie star to match his powers is pretty cool.

Fans hoping for a new movie announcement, video game announcement, or DVD announcement were bound to be disappointed. “Those movies aren’t fun,” Selman said. “The show is fun. Movies are tough. The spectacle is also challenging, but a film requires a level of audience engagement in the stakes, the emotion, the character, the comedy. It’s so relentless. It kind of stops becoming the fun, silly kind of thing that “The Simpsons” is. Not that we haven’t done it once and can’t do it again. It’s just a whole different story.

Among the upcoming concept episodes: In the season premiere, Homer gets caught up in online plot groups. In another, Krusty the Clown becomes a daytime host like Ellen DeGeneres, and he learns that it’s harder to be an ever-cheerful host. “It’s a lot harder to make a great TV show than it is to make a bad one,” Selman said.

“The Simpsons” is coming off a busy year that included the show’s first-ever use of ASL and its first-ever deaf cast; the first time, the four key creative roles that guide animation in an episode of “The Simpsons” were all women; the two-part prestige TV parody “A Serious Flanders” and more.

“I’m proud of our pursuit of innovation and freshness and not just doing the same thing over and over again,” Selman said. “That’s our main creative goal.”

Meanwhile, while there were no such announcements at the Comic-Con panel, Selman said he would love to see Disney+ turn “The Simpsons” into a streaming universe. “We could do like a six episode anything,” he said. “Any character that can support a six-episode storyline or a short or a supporting character movie. I’d love to do all those kinds of creative and fun things. But right now thinking about new episodes for the mid-700s is a lot of work.

“It’s a big ‘Simpsons’ world out there. And there’s so many people and so many directions we could go,” he added. “It’s a crazy canvas for sure. For now, our main goal is to make every episode special and to make every episode epic. Instead of announcing a movie, make every episode its own little movie in terms of the scope of its emotion, concept and his idea. If each episode doesn’t have a movie-level poster, don’t make it as an episode.

During the panel, Hirsch asked the writers how “The Simpsons” continues to predict the future, and his explanation is that the show is “imagining the dumbest future possible.” Executive producer Al Jean notes that after Donald Trump becomes president — as predicted by the show — the show only plans to predict good things from now on. Jean also revealed that in this 2000 episode, originally it would be Johnny Depp as president, not Trump. “And then Trump allegedly married Amber Heard,” Jean joked.

Jean also revealed that “The Simpsons” is producing an upcoming Disney+ short film about the Disney princes.