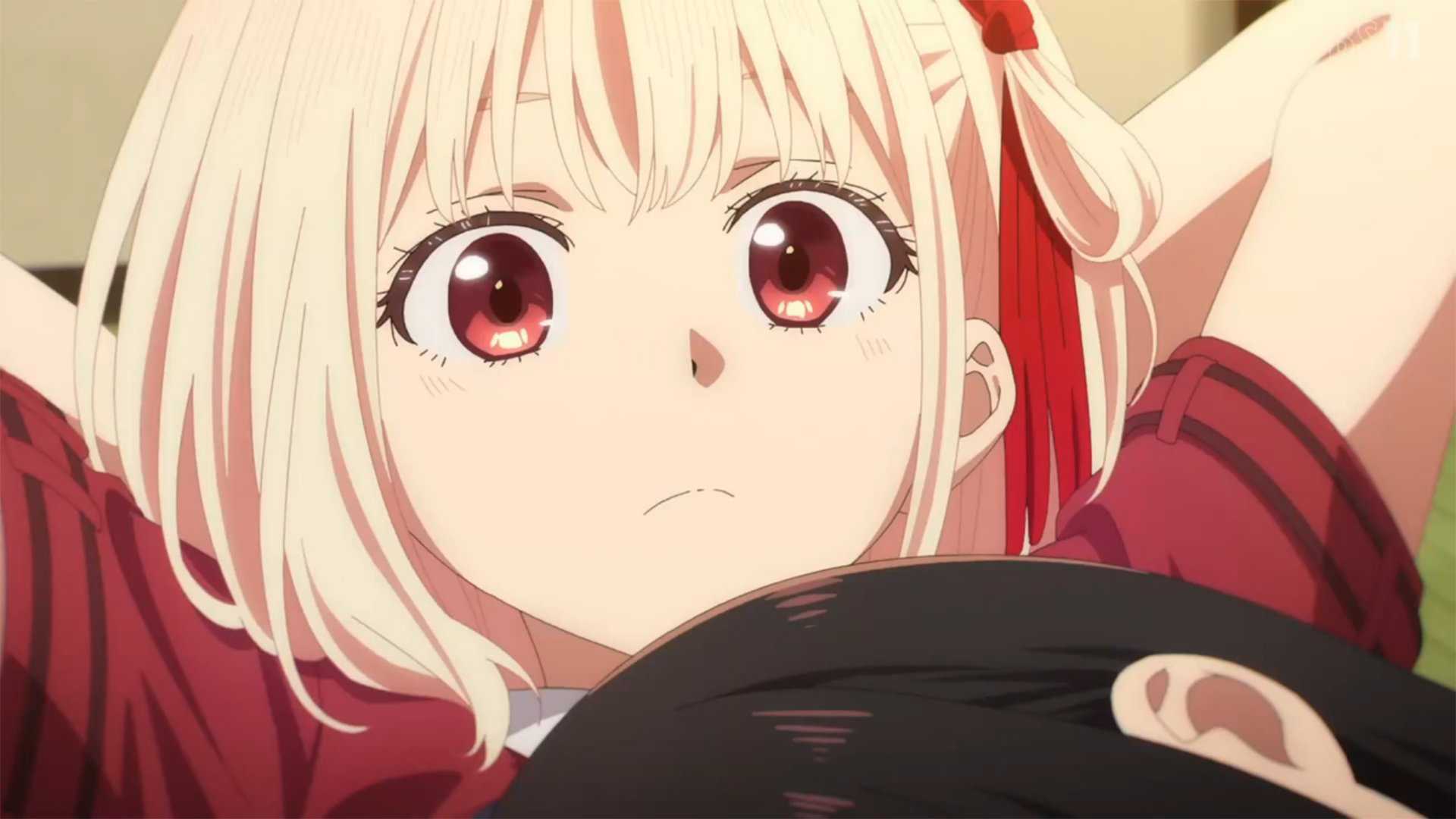 Lycoris Recoil was originally planned to be a dark anime series

Lycoris Recoil is one of two original animated series alongside A-1 Pictures’ Engage Kiss, which premiered in the summer of 2022. Since the premiere of the first episode, the series has received many positive reviews from anime fans.

Since the series has no source material, no one (except the staff) knows what will happen next. Will the animated series take a dark turn by killing off any fan-favorite character? Is the anime going to have a romance? (as the previous episode hinted at a Yuri relationship).

A Japanese website, Febri recently conducted an interview with the series’ director and composer, Shingo Adachi, who is making his first anime series. Adachi revealed that the Lycoris Recoil anime was supposed to be a darker story, but he wanted to make a story that was easy to watch and would have you laughing every 5 minutes.

Lycoris Recoil is your first anime as a director, how did you get involved in this project, Mr Adachi?

The project itself was already underway by Aniplex even before I arrived. We already had the plot on Asaura-san’s side, and they contacted me when they decided it was time to start looking for a director. At the time, I was waiting to find out if I would take on the project or not, but I was going to meetings and expressing a lot of opinions, and all of this led to me being asked to direct the animation.

How much of the worldview and characters did you notice when you attended the meetings?

The five characters in the LycoReco Café already had a set (profile) that didn’t change at all, including their names. On the contrary, the vision of the world, which at the time seemed to be based on the concept of “a girl, ‘City Hunter’ style…”, was nothing concrete.

On the surface it’s a cafe, but behind the scenes it’s like a dangerous mission with a gun drawn. But if you are Ryo Saeba, you are an adult and you can freely choose your job. But when it comes to underage girls, it’s not like that, is it? We needed a reason for these girls not to go to school and do such dangerous things. First, we discussed it with Asaura-san, then we built the worldview by creating scenarios like the “DA (Direct Attack)” organization and its “Lycoris” agents.

So the scenario changed considerably from one concept to another?

It’s true. That said, I didn’t want the story to be as dark as possible, so I wanted it to be an easy-to-watch anime that would have you laughing once every five minutes. While he wanted to portray gun action and etiquette properly, he also wanted to create an anime that would be accessible to non-gun fans.

What’s it like to be involved in animation as a director for the first time?

I realized that “being a director is a lonely thing anyway”. Especially since this time, as I’m also in charge of the series structure for this original work, I had to decide all the development and the dialogues myself. The whole time I was working on it, I wondered if I was okay, if I was going to get angry, if I was going to comply, etc. ‘?” (laughs). I’m still in a state of doubt and uncertainty as to whether my decisions were right or wrong.

For those peaceful days――there is a secret behind it all. A secret organization that prevents crimes: “DA – Direct Attack”. And their group of all-female agents: “Lycoris.” This peaceful daily life is thanks to these young girls. Elite Chisato Nishikigi is the most powerful Lycoris agent of all time. At his side is Takina Inoue, the talented but mysterious Lycoris. They work together in one of its branches, Café LycoReco. Here, the orders this cafe takes range from coffee and sweets, to babysitting, shopping, teaching Japanese to foreign students, and more. These are mostly tasks unworthy of Lycoris. The free-spirited and optimistic pacifist, Chisato. And Takina, cool and efficient. The chaotic daily life of this mismatched duo begins!