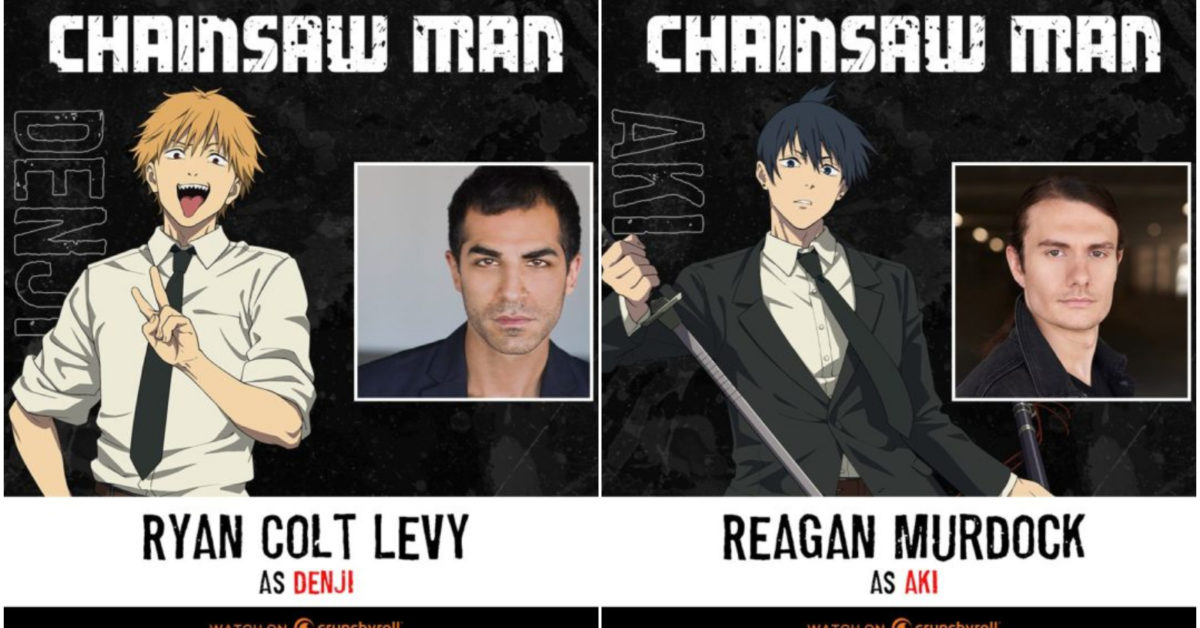 Chainsaw Man is the most original and best new anime series of this season. Denji is a teenager living with a chainsaw devil named Pochita. Due to the debt his father left behind, he lived a low life while paying off his debt by harvesting devil corpses with Pochita. One day, Denji is betrayed and killed. As his consciousness fades, he makes a contract with Pochita and is resurrected as “Chainsaw Man” – a man with a devil heart. Denji is then recruited by the mysterious Makina in the government agency which takes care of driving out demons, who have become a real threat to society. Cue gory monster fights tinged with body horror and dark comedy.

Crunchyroll invited us to interview the main English voice cast of Chainsaw man. In the first part, we talk to the actors voicing Denji and Aki. Denji is voiced by Ryan Colt Levy with moving melancholy in the pilot episode before the rest of the series begins to explore the strange primitive state of Denji, barely socialized after living in abject poverty as a friendless social outcast who discovers civilization and its comforts, including the most basic luxuries like baths, three full meals and even – gasp! – girls. Reagan Murdock plays Aki, the Devil Hunter, on a personal quest for revenge, to hunt down and kill the Gun Devil who killed his brother and has to put up with leading a doofus like Denji.

In the video we explained how Chainsaw Man is really an allegory of How to Human. Denji learns how to be a person in society for the first time in his life and how to talk to girls; her infantile innocence first reduces sex to touching a breast. Ryan and Reagan talk about the underlying emotions that drive Denji and Aki and find comedy alongside pathos. We talk about how episode two features the funniest fight scene involving multiple crotch kicks ever written as Denji and Aki face off in a battle of identity vs ego, how Ryan plays Denji as an unfiltered naive and speaks his mind, and how Reagan plays Aki’s badass facade crack as Denji and Power continue to undermine his heroic and stoic image of himself. We go deep into the substance of the show and the boob jokes. It’s funny.

You can follow Ryan and Reagan on their social media:

In the second part, we will talk about Suzy Yung (Makima) and Sarah Weidenheft (Power) on the unusual female characters of Chainsaw Man.

Episodes 1-4 of the English dub of Chainsaw Man is currently available and exclusive to Crunchyrollwith premieres every Tuesday at 12:30 p.m. PT.