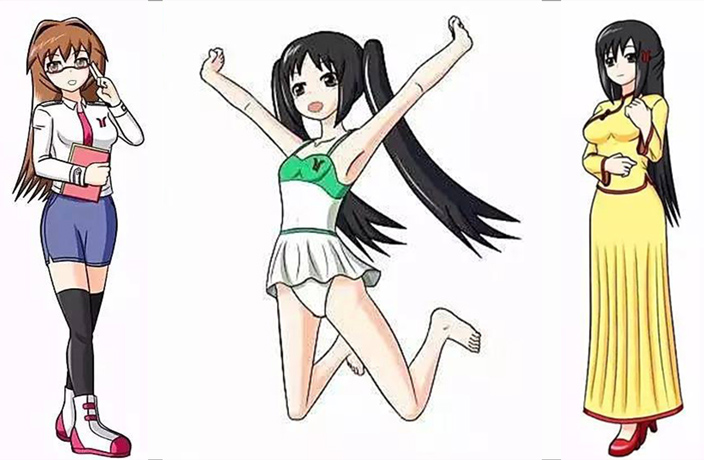 Move over Sailor Scouts, Guangzhou Metro just got its own troop of cute anime-style comic girls!

The characters, each representing a different line of the Guangzhou metro, are imagined by Weibo user “Space Disorder” and have recently gained notoriety after being covered by Tencent News.

Each character displays different qualities to personify the metro line he represents. For example, the “mechanical comic girl” from the APM line sports a Geordi La Forge-esque visor (if this reference is lost for you, see Star Trek: The Next Generation) to represent the automation of the line and the lack of human conductors.

Scroll down to see the full collection:

As you can see below, this character’s yellow dress and red shoes perfectly match the trains in Line 1.

Since Line 2 serves a number of parks in Guangzhou, the girl below has been nicknamed “Garden Girl”. 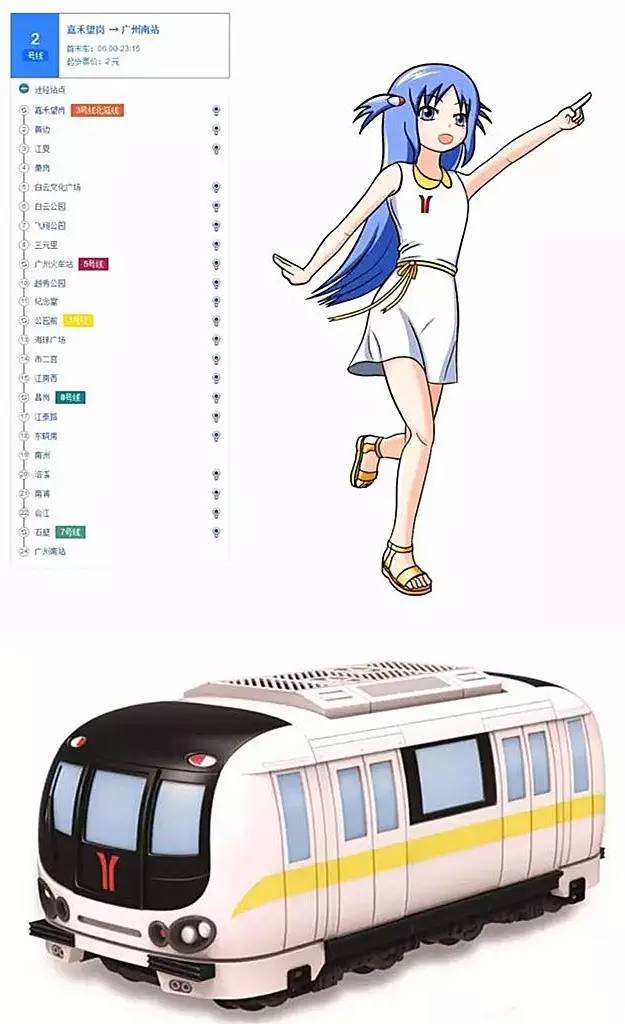 It’s no secret Line 3 is one of the most crowded in town and to anthropomorphize that the artist gave our visibly tired Line 3 character a heavy backpack. 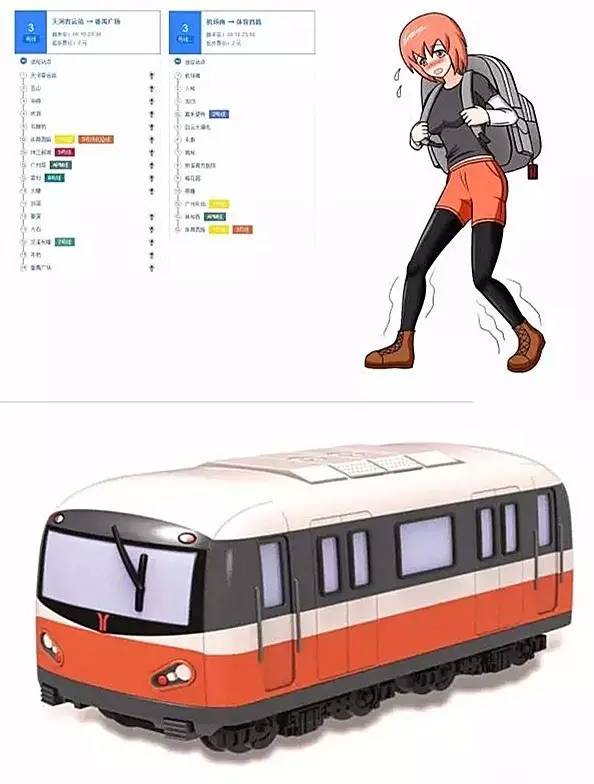 Since line 4 leads to University City, a schoolgirl has been chosen to symbolize the line. 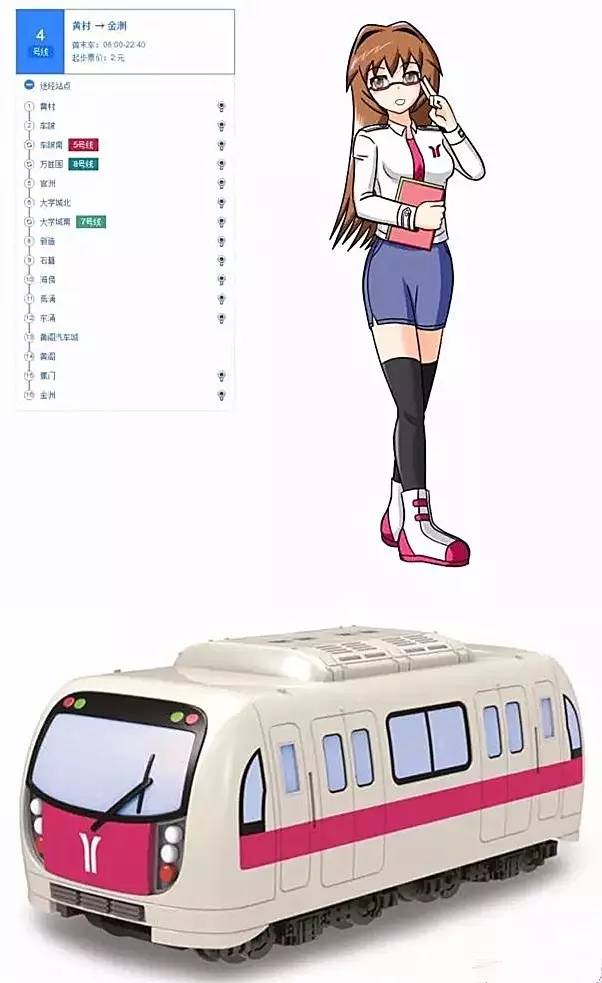 This “luxurious” girl is meant to embody the wealth and luxury found in Guangzhou’s CBD, which is served by Line 5. 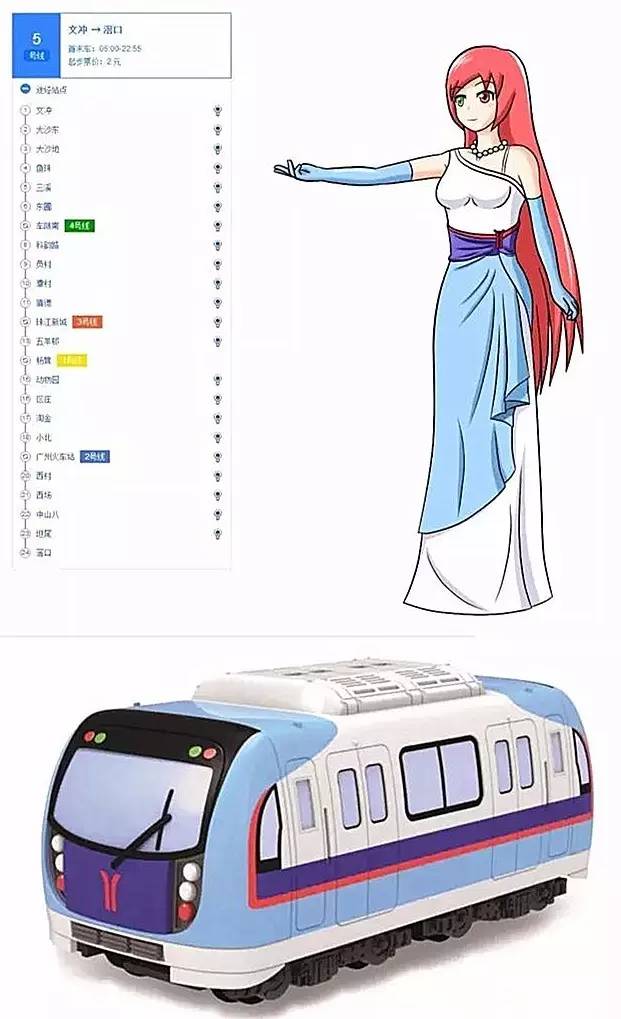 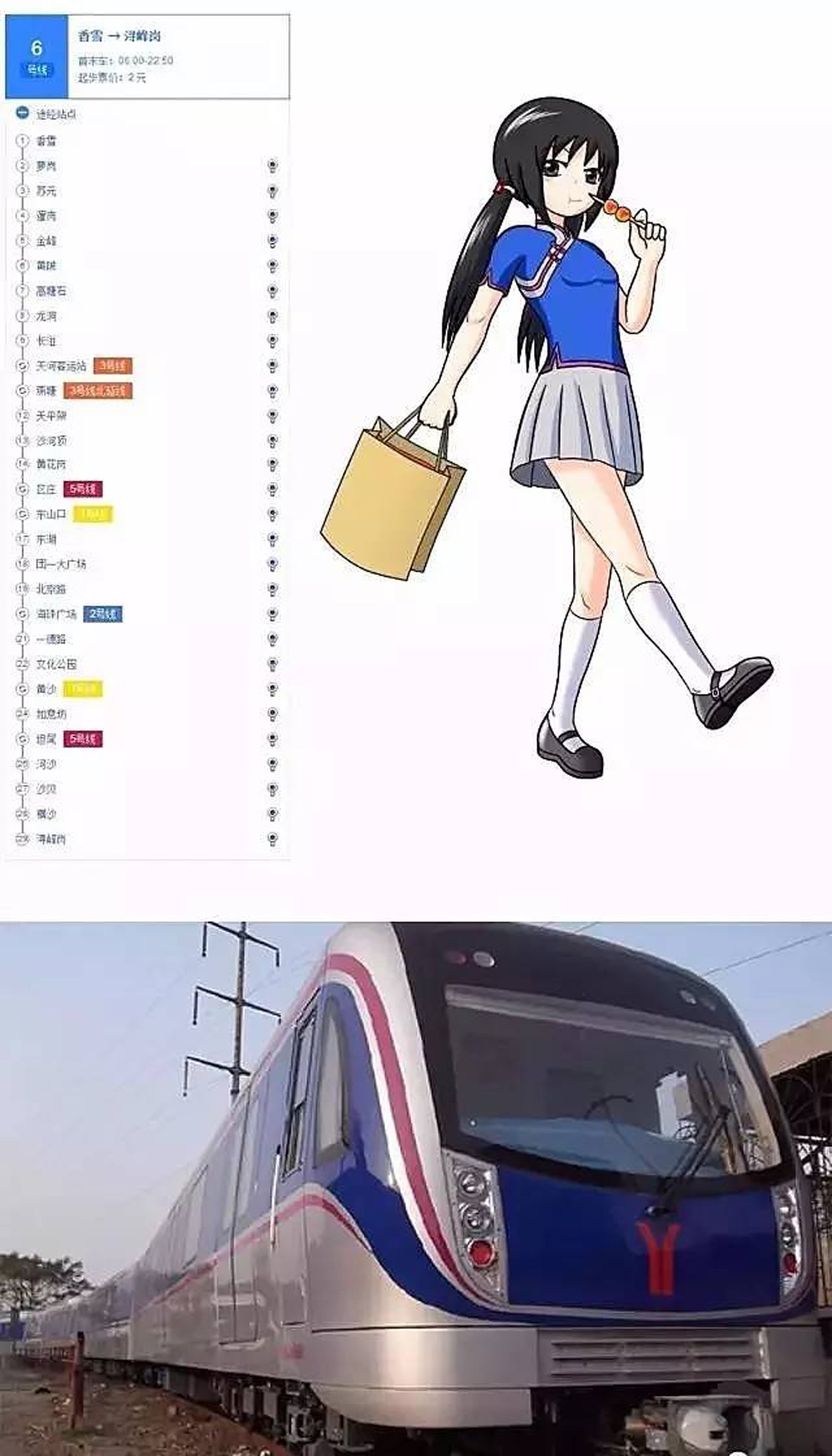 The figure below would wear a swimsuit to represent Chimelong Water Park, which is served by Hanxi Changlong Station of Line 7 (also an interchange with Line 3). 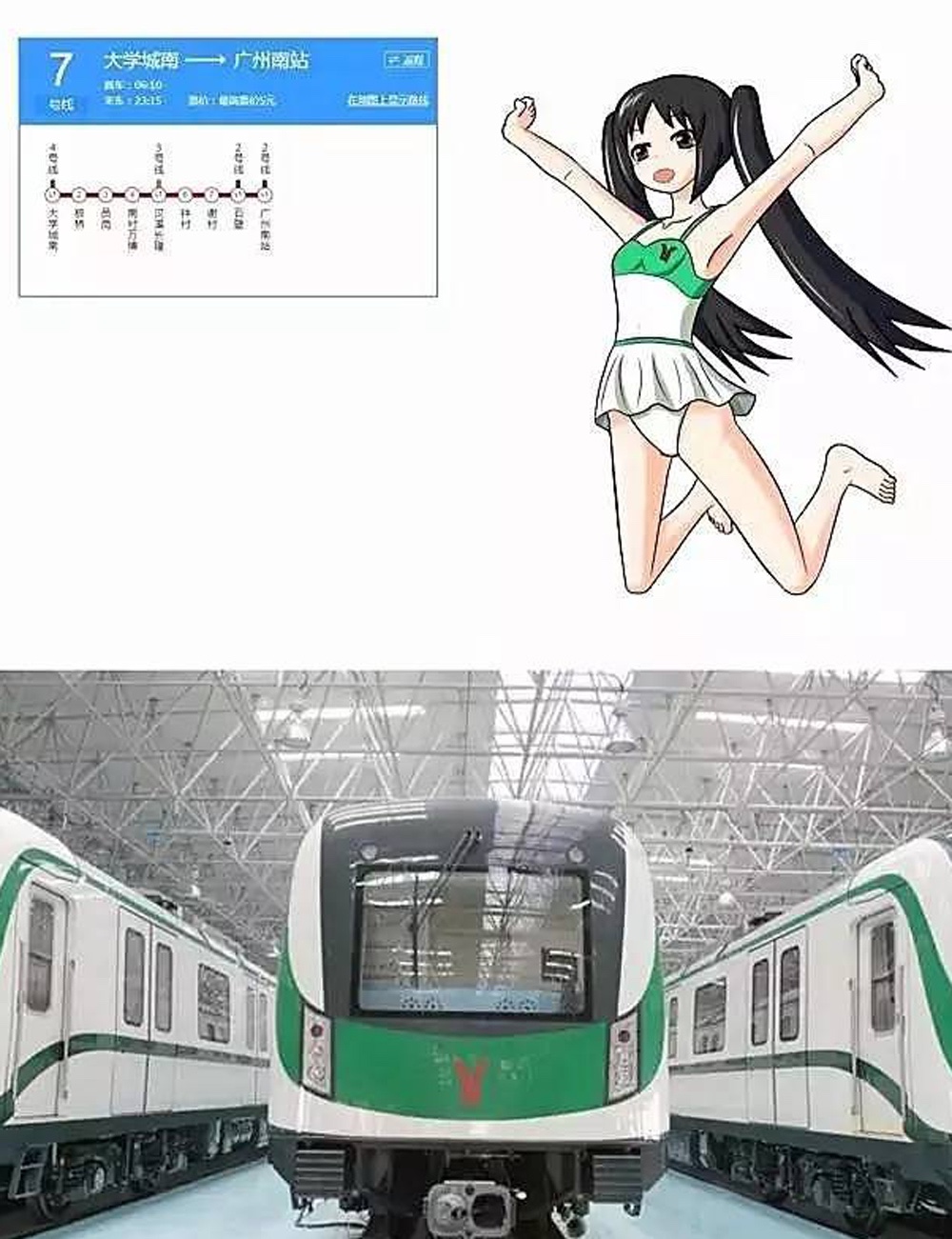 As comic book fans know, Line 8 leads to the famous Guangzhou Firefly comic book exhibition. This character was therefore inspired by “animes, comics and games”. (Although, to be frank, pretty much all of these cartoon girls seem to have taken their inspiration from cartoons, comics, and games.) 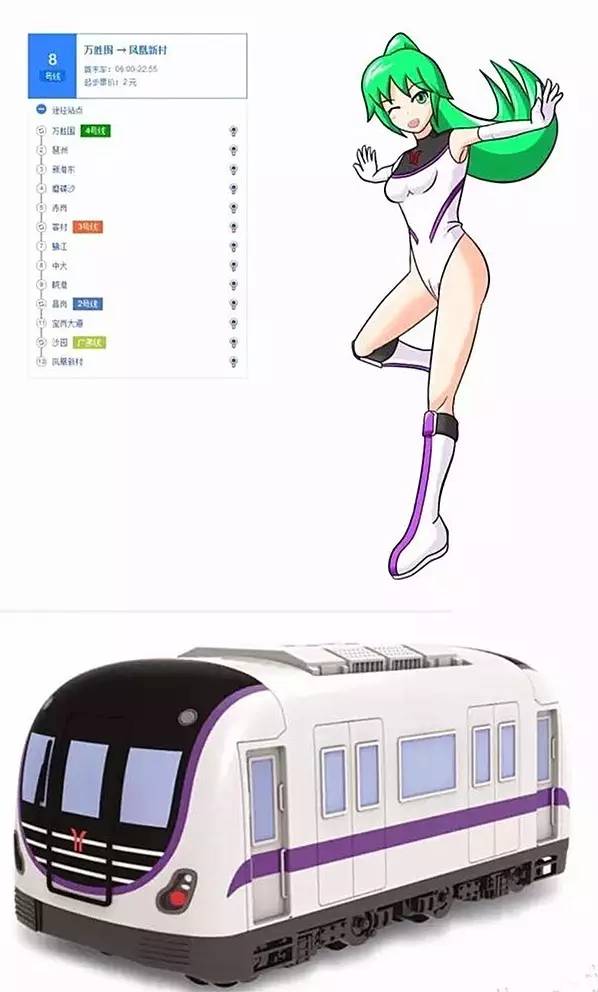 As mentioned earlier, the APM line’s â€œmechanical cartoon girlâ€ represents the automation of the line and the lack of human drivers. 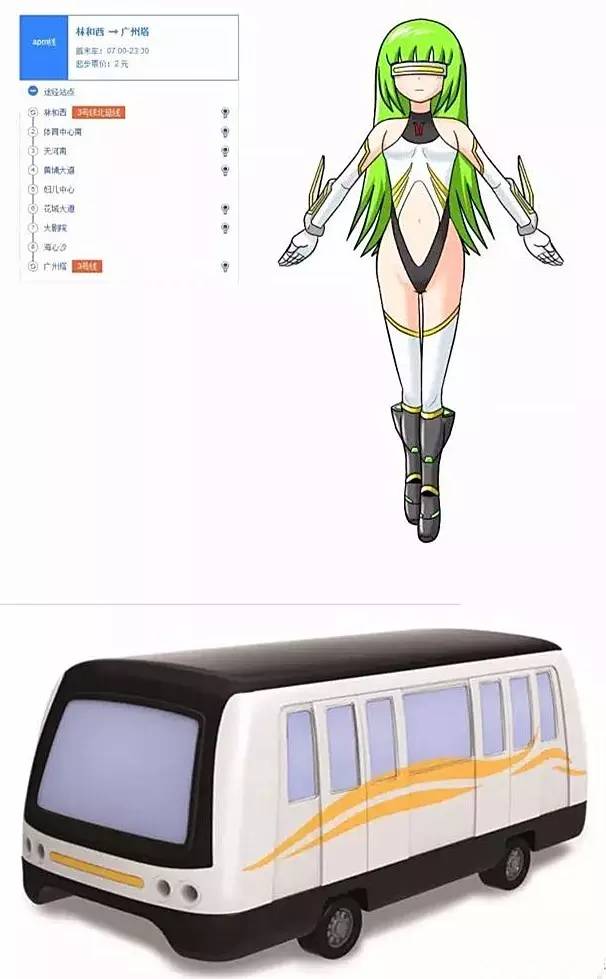 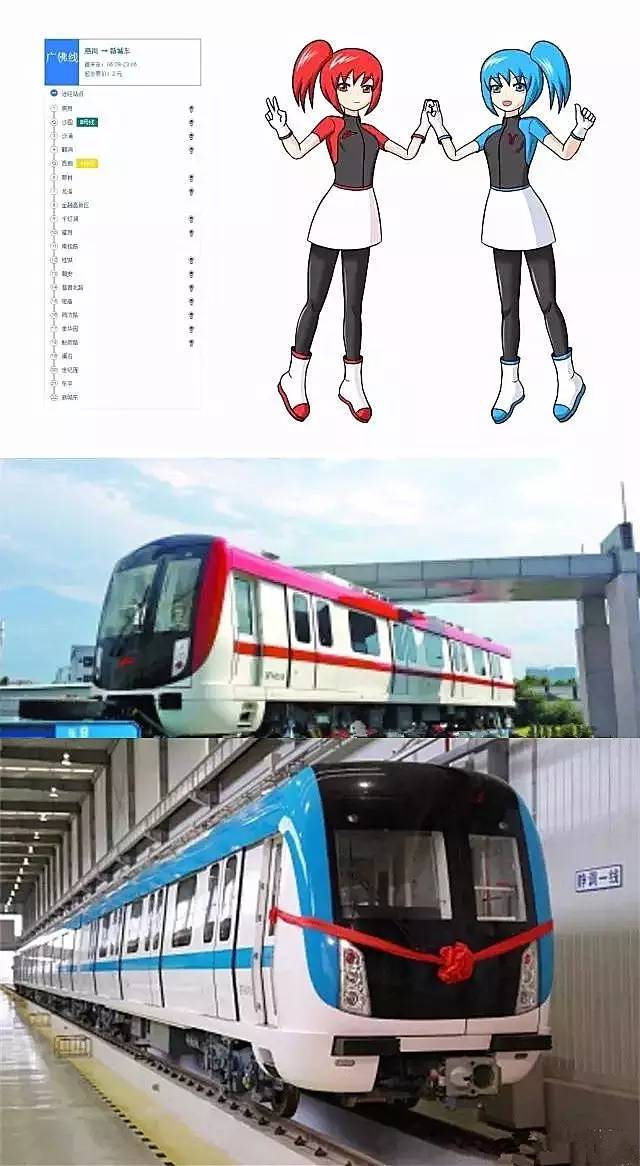 We know what you’re thinking and we’re 100 percent with you: CCTV, give these adorable cartoon characters their very own Saturday morning show – pronto!

Which of the characters from the metro line above did you like best? Write your review below: