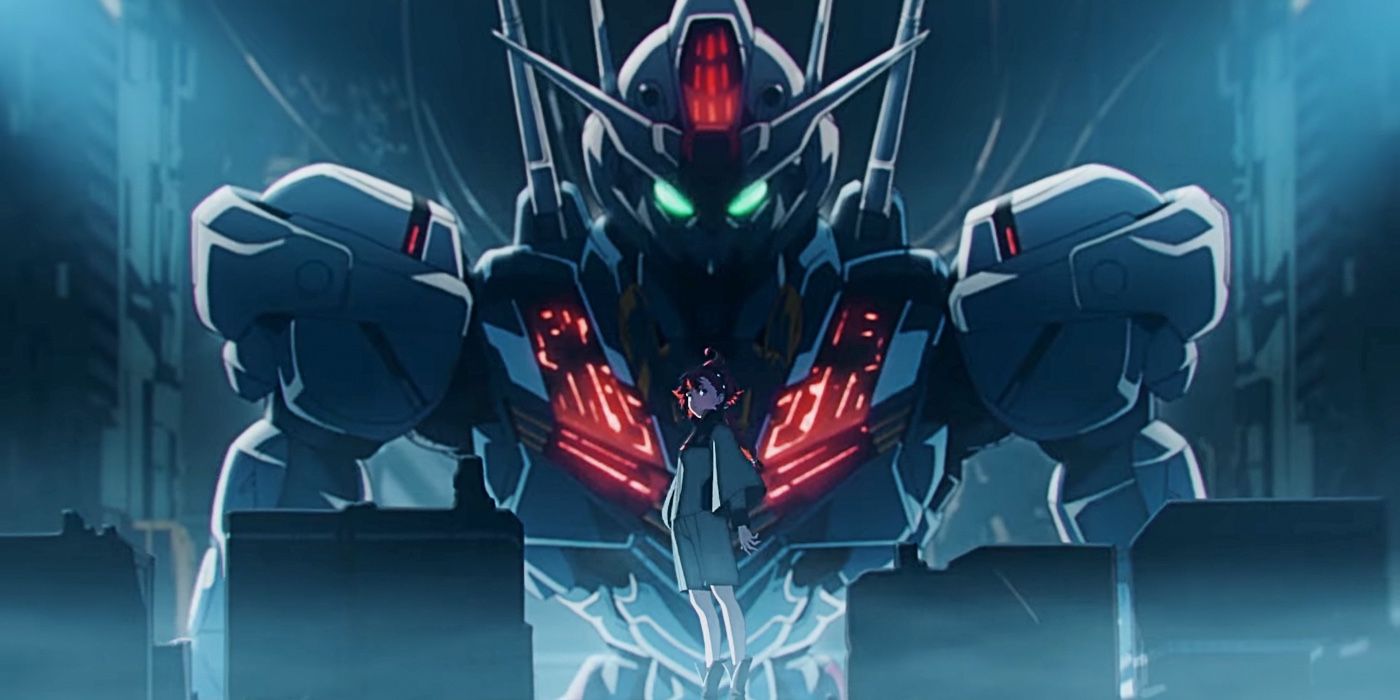 After being teased for months, Bandai finally offers a first trailer for The Witch from Mercury, the latest series in the Gundam franchise.

Mobile Suit Gundam: The Witch of Mercury has finally been revealed.

The new teaser video reveals that the series will have a female central protagonist, the first in the franchise’s 40-year history. The trailer also gives a first look at the mobile suit she’ll be piloting, the Gundam Aerial, which looks like a mix between the visual styles of Gundam Barbatos from Iron-Blooded Orphans and the Gundam G-Self of Reconguista in Sol. Line art and a preview of Gundam Aerial’s 1/144th scale Gunpla model kit have also been revealed.

The Witch of Mercury is still slated with a premiere window this fall, but the show’s producers will introduce the show’s new world and continuity with a prequel story, Mobile Suit Gundam: The Witch of Mercury Prologue, slated for release this summer. The announcement didn’t specify if the prequel was released as a special anime, movie, manga, game, etc., but Bandai Namco describes it as a “full-fledged project” with its own storyline and characters. . Two new mobile suits from the previous project were also revealed: the Gundam Lfrith, which looks a lot like the Gundam Aerial, and the Beguir-Beu.

The new anime will be the first original series of the Gundam franchise since the beginning of Iron-Blooded Orphans in 2015. Since then, the franchise has been dedicated to further spinoffs within its lighter To build sub-series, as well as producing animated adaptations of stories set in the original Universal Century continuity of the franchise, such as 2018’s Mobile Suit Gundam Story and 2021 Mobile Suit Gundam Hathaway.

Gundam fans have a lot more to look forward to in 2022 besides the new series: Iron-Blooded Orphans will be rebroadcast in Japan this year with a “Special Edition” edit to promote the release of a new spin-off, Urgr Huntwhose story is told through an expansion of the Iron-Blooded Orphans mobile game. Moreover, the next Gundam film, Cucuruz Doan Island, is set to be released in Japan this summer. The film is a feature remake of episode 15 of the 1979 original Gundam anime, which sees hero Amuro Ray travel to a supposedly deserted island in order to hunt down Zeon stragglers from the Battle of Jaburo, but instead finds an old man and a group of war orphans. A sequel to hathaway is also in development, although the show’s producers have warned that the film is still years away from release.

KEEP READING: How to Get Started with Mobile Suit Gundam

Michael is one of the editors of CBR Anime News, a main link in Smash Bros., and once tried to eat 100 tacos in one sitting (he tapped after about 30.) after working for several years in As a writer and copy editor for companies like an advertising agency and a music label, Michael came to CBR to pursue his true passion: sharing his love for giant robots and collectible monsters.