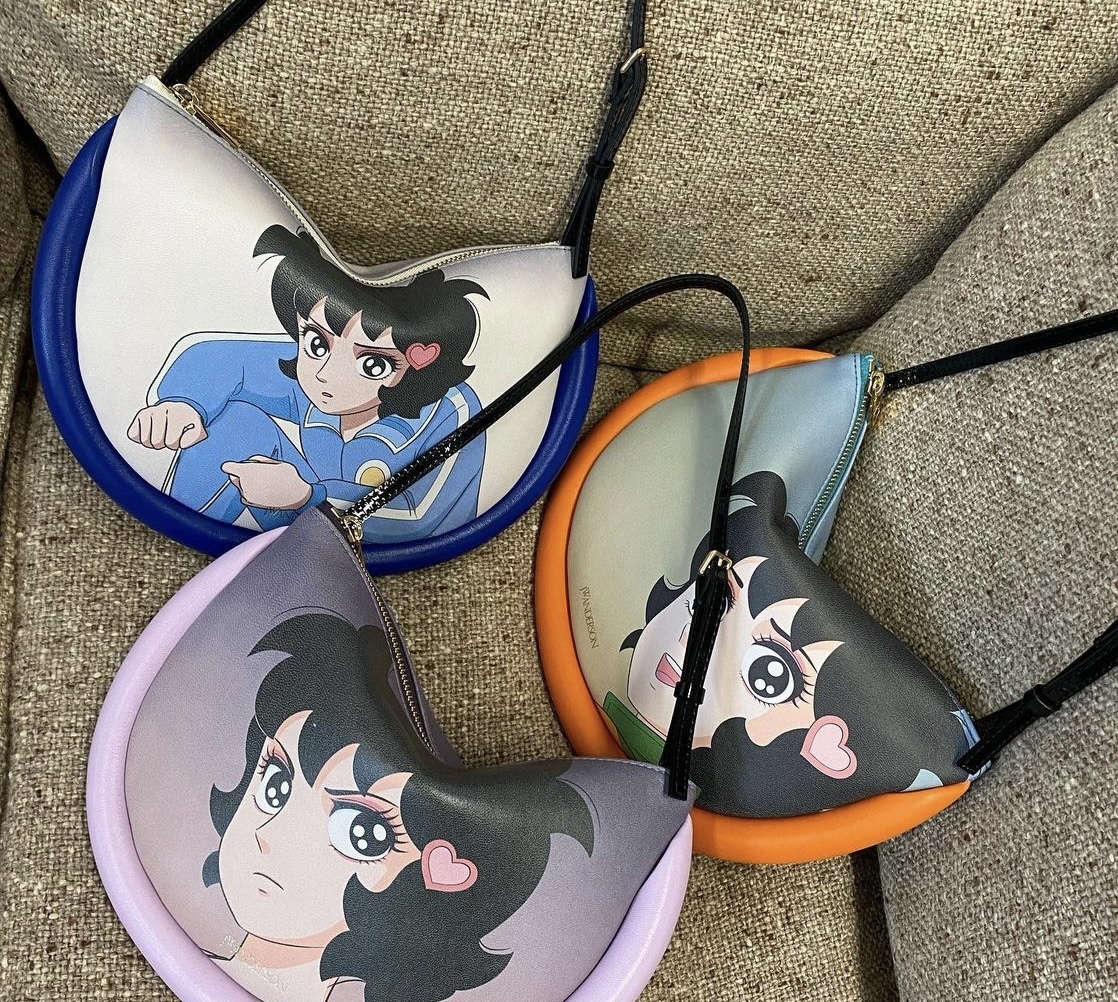 The accessories, which appear to be a collaborative project as part of the brand’s new season collection, come in at least three colors – blue, orange and white – according to a recent Instagram post.

In another photo, a bag has a picture of the series main character Hany’s face, along with the JW logo in orange.

“Not long until the show,” the caption read, along with a hashtag referencing the anime.

The show, centered on a teenage girl from Seoul who grows up as a professional runner despite the odds, was one of Korea’s most popular TV anime series in the late 80s. It is based on a series of cartoons published from 1985 to 1987.

JW Anderson is a fashion label founded in 2008 by Jonathan Anderson from Northern Ireland.

In January, Spanish luxury brand Loewe made headlines after unveiling its collaboration with “Spirited Away,” the Oscar-winning animated film from Studio Ghibli in Japan.

In the same spirit, Italian luxury fashion house Gucci also collaborated with Disney for its Mickey Mouse collection in 2020.