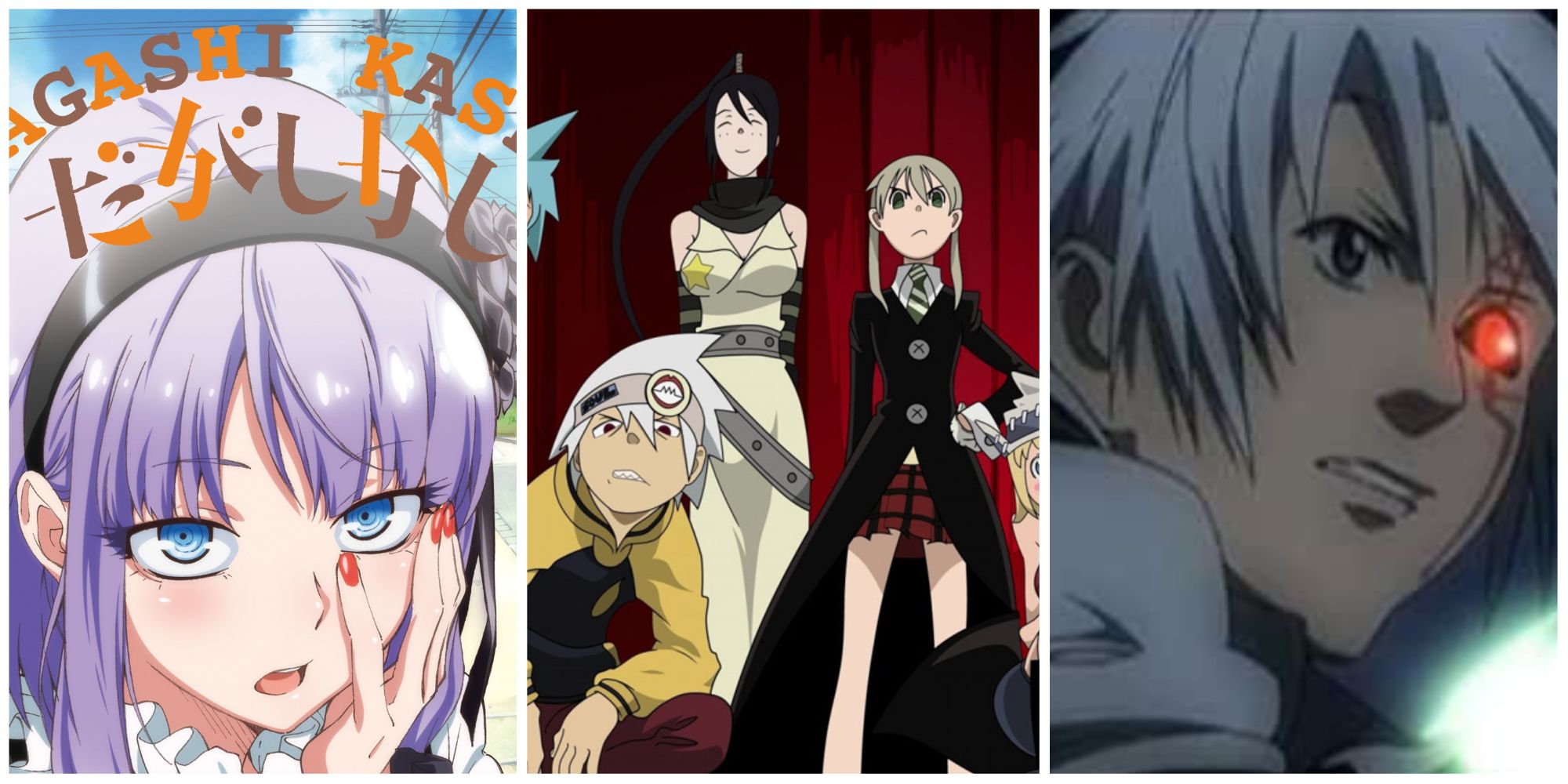 10 Shonen Anime Series That Should Have Been Shojo Instead

Some of the most popular anime in the world are shonen anime. They showed viewers the best action, drama, and comedy that anime has to offer. However, some of them could use some serious retooling as they do a rather poor job of giving shonen anime fans what they want.

RELATED: 10 Best Anime Series That Set The Standard For Shonen

On the other hand, shojo anime are often underrated and overlooked. Shojo anime generally features better drama than shonen anime, and some of the best hidden gems in the medium are shojo anime. Some shonen anime characters, plots, and locales could have reached their full potential if they were allowed to shine in the context of a shojo anime.

soul eater was a 2008 anime about a school of living weapons and their users, called meisters. The series had a certain sense of style due to its Halloween aesthetic. However, it could be even more elegant as a shojo series.

RELATED: 10 Anime Adaptations That Don’t Do The Manga Justice

Protagonist Maka Albarn could benefit from a magical girl upgrade. As a shojo series, soul eater could also deepen the drama between Maka and her father. Witches like Medusa could also use a magic upgrade. The series could also play up the drama with Medusa’s estranged child, Crona.

Bakuman was a three-season anime about budding manga artists. The main characters aimed for success in the Japanese manga industry and eventually got their own anime. Artist Mashiro promised with his childhood sweetheart that their manga would get an anime adaptation, and that she would voice the female lead.

The relationship between Mashiro and Miho is based on next to nothing. There’s almost a guarantee that they can’t name a single thing they like about each other. The series could benefit from a better romance buildup. That’s no surprise, as author Tsugumi Ohba was known more for suspense than romance.

From the spirit of Rumiko Takahashi came Inuyasha, the story of a girl who traveled to the distant past and fell in love with a demon. They must collect a sacred jewel that contains immense power. Many demons are also after the jewel and Inuyasha and the gang have to fight them.

One of the main aspects of the series is the “are they going? aren’t they?” romance between Inuyasha and Kagome. This would be perfect for a shojo anime. Either way, the series has always been popular with female viewers, and there wouldn’t be much retooling needed to satisfy them.

D Gray-man was a 2000s anime about exorcists who must stop a being called Millennium Earl from destroying the world. The Count uses beings called Akuma to make his offer and wreak havoc on the world. The series ran for 103 episodes before it ended, and it even got a sequel several years later.

The series is known for having handsome men in leading roles who would feel out of place in Ouran Secondary School host club. The series has a large female fanbase, and it wouldn’t take too many changes to cater to a female demographic. The aesthetic reminds 07-Ghost, which is actually a shojo series.

reborn was a 2000s anime about a boy who had been handpicked to be the patriarch of a mafia family. It ran for over 200 episodes before it ended. The show was often called a mid-level shonen series with many hallmarks of the shonen fighting genre, but nothing too remarkable.

With a few retools, the series could play up the mob drama as well as Tsuna’s potential love interests to be more in tune with a shojo series. The show could also give secondary characters Yamamoto and Gokudera a bit more spotlight. They both had a lot to offer the show in a spectacular way, and focusing a little more on those characters could do wonders for the show.

Flame of Recca was a 90s anime about ninja clans clashing. It was a bit like Yu Yu Hakusho, only with a ninjutsu theme. The anime only lasted 42 episodes before being canceled when there were many more manga volumes to adapt.

The anime could have been longer if it had appealed to more people. A shojo reimagining of the series, possibly featuring Fuko, could be the ticket to attracting more viewers. With less fan service, more emphasis on drama, and a look at the show’s romances, the show could thrive.

Dagashi Kashi is a two-season anime about Kokonotsu, the son of a snack bar owner. Hotaru, the scion of a big snack company, wants to recruit Kokonotsu’s father, but he won’t go unless Kokonotsu takes over the store. Kokonotsu has no interest in it, so Hotaru has to convince him.

The series is very informative on the different snacks of Japan. If the show focused more on the sweet stuff or had a little less fanservice, the show might appeal to girls just as much. The show could also play up a love triangle between Kokonotsu, Hotaru, and Saya for an added touch of shojo.

3/10 In/Spectre has a ton of dramatic potential

In/Spectrum is an anime about a girl who becomes the “God of Wisdom” for various yokai in the area. Years later, she meets a student named Kuro who bothers yokai as much as they bother humans. The girl, Kotoko, asks for her help solve supernatural cases.

One of the show’s major themes is Kotoko’s fondness for Kuro. She wants him to be her beloved. A shojo retooling could enjoy it in the style of Rumiko Takahashi. As the series revolves around solving yokai problems, it already bears a similarity to the shojo series. Natsume’s Friends Book.

The promised never-never land was an anime about children who were forced to live in an orphanage. Unbeknownst to them, they were being bred to be food for demons. The matrons at the facility were clearly hiding something, and Emma and her friends are trying to investigate what. Eventually, they manage to escape but find themselves in a world ruled by demons.

The series was kind of an outlier of a shonen show. The show played more drama than action. The series would be perfect as a shojo thriller series. After escaping, the children were able to contemplate the world and how terrible it is outside the orphanage.

Fairy tale was a long-running anime about a wizarding guild known as Fairy Tail. They complied with the demands of the guild, and eventually the stakes of the series grew to encompass the fate of the world. The series was by Hiro Mashima, the mind behind Master Rave and Eden’s Zero.

The show often reduced some of his characters to delight the eyes. Lucy, who is one of the main characters, was a victim of this. A reimagining of shojo could see characters like Lucy, Erza, and Juvia become more than just fan fodder and make them full-fledged members of the team.

NEXT: 10 Best Shonen Anime No One Expected To Succeed