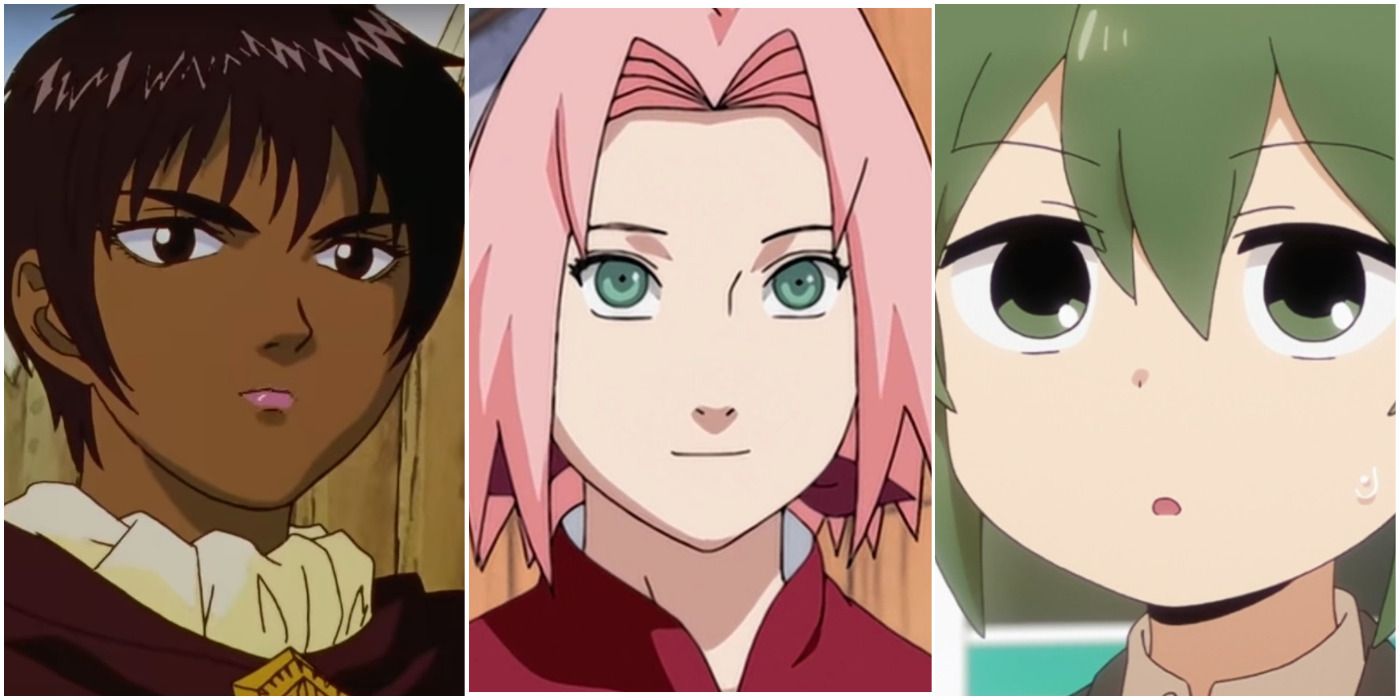 The world of anime is full of an amazing variety of characters, some of whom are far more self-contained than others. Some powerful and confident characters never need anyone else’s help, and they certainly don’t need saving from a losing battle.

In recent years, anime has slowly improved to depict girls and women who eschew the old “damsel in distress” storyline, a trend for the better. Still, some characters might need help once or twice, and some characters actually have a reputation for it. It’s the female characters who definitely need the help of others to get through the series in one piece.

Orihime Inoue is one of Ichigo’s best friends and classmates, and she has some notable spiritual powers under her belt. She can create barriers and reverse people’s wounds to heal them, which makes her something of a support cleric. But she can’t always protect herself.

Orihime needed Uryu to protect her from Captain Mayuri Kurotsuchi in the Soul Society arc, and later had to be rescued from Las Noches Fortress more than once. She is infamous for shouting “Kurosaki-kun!”, imploring Ichigo to help her.

9 Casca does her best but often needs rescuing (Berserk)

In both Berserk anime series and original manga by Kentaro Miura, Casca is a powerful knight commander who does his best in a violent occupation that is not so friendly to women and girls. She is one of the few female members of the Hawk Band, and although she is highly respected among her men, she often needs rescuing.

As a child, Casca needed Griffith to save her from a nobleman who had kidnapped her, and Guts later saved her time and time again from their various enemies. Later still, the Skull Knight saved Casca and Guts from the Eclipse, and Guts again saved her from the dreaded tower where Father Mozgus tried to destroy her.

To her credit, the witch Lucy Heartfilia often saves her guildmates or saves the day with her celestial summoning magic, and she has surprised viewers and her enemies more than once with her creative magic. But she also tends to get caught.

Many times Lucy has needed Natsu, Erza, Mirajane, or the others to get her out of trouble in a losing battle, or she’s been kidnapped by the likes of the Phantom Lord guild master Jose Porla. In fact, she had to be saved from him twice.

Sakura Haruno is a vital member of Team 7, and although she has made significant progress before Naruto Shippuden as a ninja and as a person, she still has a long way to go. Despite her recent progress, Sakura is still the weakest link in the team, and she is often mocked for it.

Sakura is rarely captured. Instead, she tends to get in over her head in battle and always needs someone to bail her out and get back into the fight. Often she and the enemy will only trade one or two blows before it’s time for someone else to take over. At least she did better in the final fight against Kaguya, and she landed the final blow in the fight against Sasori. These were exceptions, however.

The original by Ken Akamatsu Mahou Sensei Negima! The manga series has been adapted into anime twice, and overall, the fierce tsundere Asuna Kagurazaka has grown a lot and amazed everyone with her magic skills and physical strength. But she also needs a lot of rescuing, princess-style.

RELATED: 10 Anime Girls Who Like To Tease The Protagonist

Asuna saved others Negima! characters before, but more often than not she’s knocked out and captured by a wide assortment of villains, and they might mock her before she’s finally rescued by Negi Springfield and her students, who would perish rather than see their friend Asuna being hurt. Luckily Asuna has so many friends.

When it comes to portraying competent and independent female characters, Maid-Sama! sends mixed messages with her shojo heroine, Misaki Ayuzawa. On the positive side, she is a very competent student council president and a very responsible person. But she often needs help.

Misaki is tough, but she’s often cornered by boys with bad intentions, and she needs Takumi Usui to save her way more often than she cares to admit. She’s reciprocated once or twice, but overall Misaki owes Takumi a lot, and she’s not exactly proud of it.

4 Futaba Igarashi always needs his senpai (my senpai is boring)

Futaba Igarashi is a josei heroine who is determined to prove her worth as a junior sales representative in her company, and although she is progressing well, she still relies heavily on her kind giant colleague, Harumi Takeda. He is the senpai and everyone admires him.

Futaba is progressing well, but for now, she needs Harumi to help her progress in her career, and more than once, she needed his help to get rid of the troublemakers who were harassing her. . She’s a petite young lady who isn’t intimidating at all, which means it’s easy for strangers to put her in a bad position.

Chateau Noble is a seinen-style shojo heroine, and she is a trained bounty hunter who is capable of martial arts and pistols, like Jason Bourne. Chateau knows what she’s doing, but unfortunately she tends to get into trouble, and it’s up to Ryang-Ha Song, her obnoxious lover, to save her.

Twice in one season, Chateau was overpowered and captured by Ryang-Ha’s enemies, and she needed Ryang-Ha to bail her out. It’s not that flattering, but on the plus side, Chateau then had the chance to return the favor and save Ryang-Ha from his enemies. Now is the time to finally prove its worth.

Firefighter Tamaki Kotatsu is a professional, but her endless fan service and poor combat performance hardly flatters her, and few characters take her seriously. Tamaki is very similar to Sakura Haruno, being a hot-tempered teammate who has some skills but needs rescuing more often than not.

Tamaki tends to get in over his head in battle and needs Shinra or Juggernaut to save the day. Later, Tamaki decided to get stronger and fight without needing help, and Captain Shinmon forced her to. Maybe from now on she’ll do the rescue instead.

It’s perfectly understandable that Eri needs to be constantly rescued. She’s a little kid who can’t even control her own Quirk after all. She has been a captive of Overhaul for years, and he used his Rewind Quirk to create Quirk-erasing bullets. Eri had no way to escape from Overhaul Base on her own.

Eri needed to be rescued when Izuku and Mirio first met her, but unfortunately these two heroes didn’t do anything and Eri was taken back to base. Later, Eri was rescued for real during the Shie Hassaikai raid, and she finally got the chance to start living a normal life in UA.

Next: 10 Best Anime Girls Who Have Green Hair, Ranked


following
Naruto: Which male character are you according to your astrological sign?

Louis Kemner has been a fan of Japanese animation since 1997, when he discovered Pokémon and Dragon Ball Z in elementary school. Now, he’s a bigger anime/manga fan than ever and is ready to share what he knows with readers around the world. He graduated from high school in 2009 and earned his bachelor’s degree in creative writing from UMKC in 2013, then put his skills to work in 2019 with CBR.com. He is always on the lookout for a wonderful new anime to watch or a manga series to read. You can reach him at [email protected]

2022-03-13
Previous Post: 5 Harsh Realities Of Collecting Anime Merchandise (& 5 Benefits)
Next Post: The 10 Best Anime Series of the 2010s, According to MyAnimeList